In our first instalment, we talked in general terms about special Soviet designs for the Italian market. In this post, I want to talk about the role played by Raketa in this market.

As you may well know, the Raketa factory located at Peterhoff has been producing watches since the 1950s, and was an early and sizeable exporter, mostly under the Sekonda brand. In the 1980s, though, it started using its own name internationally. Previously, it had avoided this due to the association of the Raketa name with certain types of offensive rockets and missiles made by the USSR, such as the R-37 (known as the Raketa-Vysokoy Dalnosty) or the EKR (Eksperimentalnaya Krylataya Raketa).

In all likelihood, the first and most successful export model was the Raketa Big Zero, equipped with the 2609 HA caliber. You are probably aware that this watch was originally intended for people with short-sightedness. However, it became very popular in the aftermath of a story involving the reformist Mikhail Sergeyevich Gorbachev, when he was Secretary General of the Communist Party of the USSR. He was (allegedly) wearing the piece during an official trip to Italy in 1989. Asked why the watch had a zero instead of a 12, he was said to have replied that he wanted the USSR to start from zero again, like the watch. This was interpreted politically, of course. Unfortunately, after arduous research, I have been unable to find the interview with the press or an image of him wearing the watch. I even asked the Gorbachev Foundation some years ago, but I am still waiting for an answer.

Anyhow, as was the case with the rest of the watches focused on the Italian market, these models came with a dedicated Italian-market strap and unusual high-quality packaging for Soviet watches. The watch itself was big for the time and has an incredibly contemporary look.

It remains an eye-catching and extremely popular watch. However, we would caution collectors that the dials of the Big Zero have been reprinted over and over again, possibly more than any other soviet-era watch, and significant care is needed when choosing a watch to purchase, as many are fakes with reprinted dials. If you are after an authentic piece, please seek advice from those knowledgeable on the matter.

Other models were also exported with great success. Among them, the Raketa Perpetual Calendar, clearly influenced by a model from Orient, and which used the caliber 2628 H. Three other very successful models in the Italian market were the Copernicus, with the same caliber as the Raketa Big Zero, the widely-recognised 24-hour models with the 2624 caliber, and the “World Timer” model which also carried the 2609 caliber.

All these models also came with market-specific straps and dedicated packaging. This consisted of beautiful red cardboard boxes, which were simple but striking, with the brand name printed in golden letters in Cyrillic, and the marking CCCP. I have also encountered some boxes which do not have the CCCP inscription, suggesting that they were exported until 1992/93, approximately. As far as the Big Zero is concerned, I still have one piece with the original price tag. It could be yours for 100,000 lira! Considering inflation, this represents around €170 in today’s money.

Things start to get interesting after the collapse of the Soviet Union. We begin to encounter some very weird models. They have cases and calibers made at the Raketa factory; however, the Italian importer appears to have started to make dials, probably in China, and in many cases, these were fantasy dials which included Russian grammar mistakes. Some models even had Slava calibers in them. One member of an Italian forum wrote to the factory, back in 2010, in relation to a particular watch and the factory replied with this answer:

“If you buy some original spare parts from Mercedes and if you integrate them on a Chinese-made car, even though a few parts may be original, it does not make the final car an original Mercedes. It is the same with Raketa. Actually, many watch brands have the same problem, that counterfeit watches may contain some original parts. Even Rolex has this problem, that some very well imitated Rolex watches may contain original spare parts. In Russia all the watch repair shops can order original parts from Raketa, so that they can repair watches that clients bring to them for repair. So that it is quite easy for some repair shops to obtain original details. Though, it was not well controlled in the past, now we have a very strict control of repair shops that buy spare parts from us.”

Below we show some examples of these “weird” models.

And below we cite another factory answer in relation to the dials on these watches (this is my favourite one!):

“If a Russian had designed this dial in the 1970s or 80s, as your Italian counterfeit dealer is pretending, then this Russian would probably be in a Siberian prison camp for 20 years. The Soviet Union quality logo that is in the center of the dial, was a quality sign that a very few items were awarded with. It was very, very strictly controlled who could or could not put this sign on an item. It was the symbol of quality for the Soviet industry. And no one was allowed to joke with this quality logo. The watches that got this sign are very few. You may basically consider that a watch with this sign sold on eBay is usually a counterfeit, especially if the watch is new and particularly if a designer had during soviet times made this government quality control sign so big and in the middle of the dial so that the logo itself is spoiled by the hands and the hole in the center of the dial. Then you may be sure that this designer would lose his job, and most probably be sent to jail for disrespect to the construction of the Soviet industry.”

Nowadays, I would not necessarily say that these are fakes. On the contrary, I think they are remarkably interesting and collectable items which help us to understand the fashion, trends and the socio-political climate of those times.

Editor’s note:
Below we enclose a submission made by @cccp_chrono, a fellow Soviet/Russian enthusiast based in Italy, who had first-hand experience of these Soviet watches in the Italian market a few years ago, and which have inspired this series of posts. We show the translated version of his text, and further below reproduce the original Italian version in full.

I have been asked to provide a personal perspective on the Raketa watches that were distributed in Italy by Mirabilia. With the opening up towards the western world introduced by Gorbachev in the second half of the 1980s, fashion suddenly trended towards objects from the Soviet Union, which until then had always maintained an aura of mystery and austerity. This trend did not go unnoticed by European entrepreneurs, with the establishment of several companies focused on the import and sale of Soviet watches in western markets.

The main players in Italy were Time Trend and Mirabilia, which shared the distribution of Soviet watches. They took care of marketing for the products and improved the sterile kit they came in (in Russia, these watches were typically sold in small plastic boxes and came without straps). They introduced packaging that was more attractive to the demanding Italian public.

Thus, at the time, various articles and advertisements appeared in specialised magazines, signalling the high attention that was given to the “Soviet products”. In many cases, these articles contained gross errors, such as chrome-plated cases described as steel, or watches that had never seen a military barracks defined as “supplied to the army”. It was more important to convey that their provenance was the austere Soviet world (preferably the military one) rather than to correctly describe the technical or aesthetic characteristics of the pieces.

It is in this context that the entire distribution of Soviet, and later Russian, watches in Italy must be evaluated.

At the beginning, the importing companies limited themselves to the import of official products produced by the Soviet factories and the addition of adequate packaging.

The next step was to create brand names with a strong Soviet appeal, such as “Vremia” or “Perestrojka”, which were produced with Soviet parts but assembled abroad and often with dials produced by the importer somewhere else in the world.

With the fall of the Soviet Union, the situation became even more complicated. In fact, alongside the distribution of official products, watches branded with “official” names, but which even today are defined as fakes by the factories themselves, began to be found in Italian jewellers.

One of the houses mainly affected by this phenomenon was Raketa. In addition to official production, there were several models marked as “Raketa” but which the management of the brand has defined as fake.

In Italy, for example, the “Raky”, the “Big 0” or the “Gaigher”, as well as many other models in which there were grammatical errors in the Cyrillic text, or a mix of Latin and Cyrillic characters on the same watch, became really famous. The phenomenon assumed such a dimension that some of these pieces have become highly coveted and it is not unusual to find collectors who base part of their collection on these pieces.

In this author’s opinion, it is hard to define these watches as fake from a strictly legal point of view. Rather, the importers, likely taking advantage of the difficult situation facing the factories after the collapse of the Soviet Union, obtained authorisation to use the brand name when producing their own watches with Russian movements and cases and “invented” ad hoc dials that matched the fashion at the time.

We are talking here about the production of tens of thousands of pieces that were sold in jewellers all over Italy. Even today, after more than twenty years, it is possible to find some old jewellers that hold stock of unsold watches in their storeroom.

It should be obvious that all of the above merely reflects the opinion of a collector who is still looking for information about these watches and should not be interpreted as representing the absolute truth.

INTRODUCING: A duo of disruptors mount up in the King Nerd x G-Shock GM-6900GKING-9ER 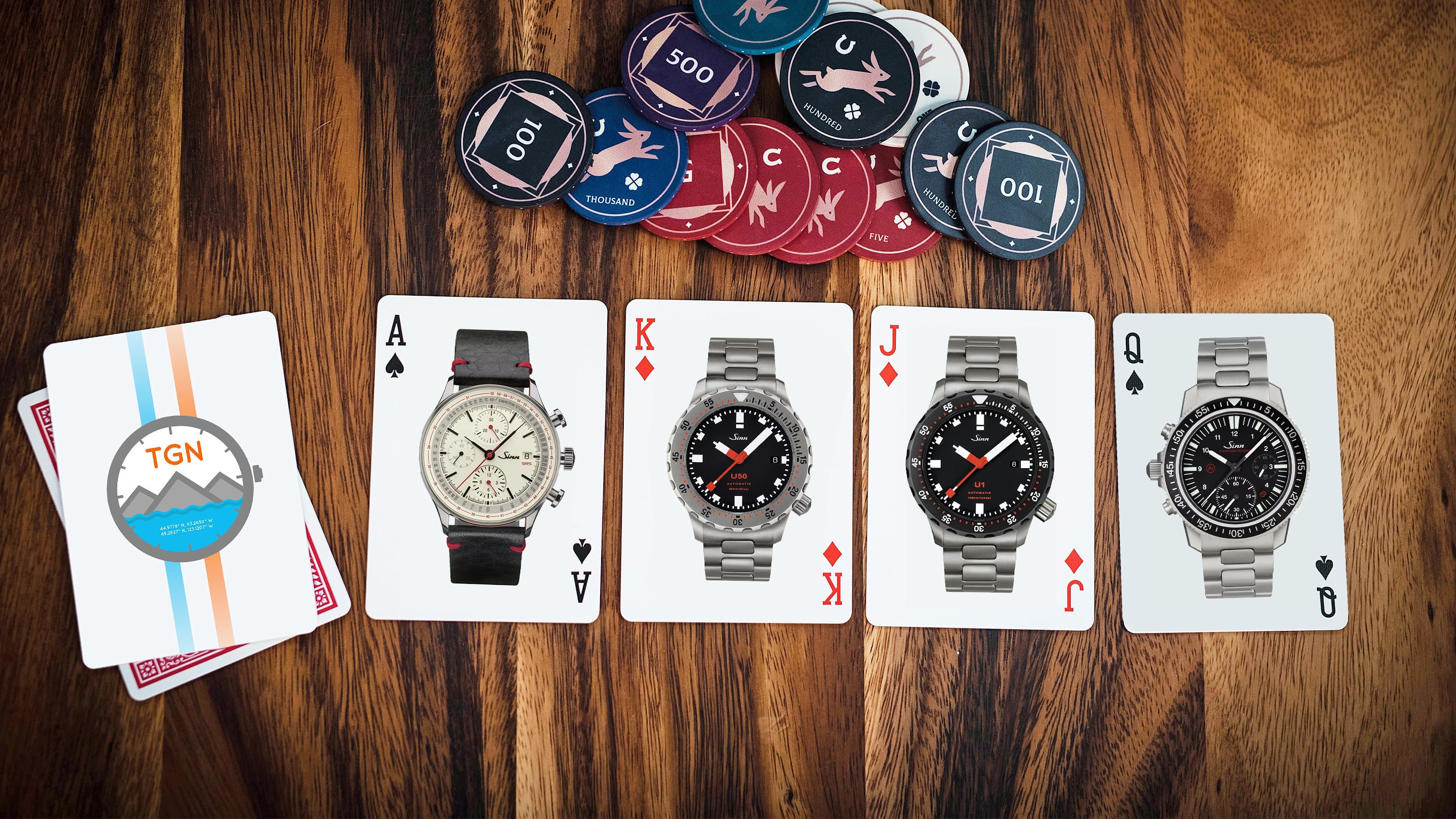