I would imagine that many of you reading this were pretty happy to put 2020 behind you; it has certainly been a memorable year and for all the wrong reasons.

However the wheels of industry have just about kept on turning; even in the watch industry which is a surprise because God only knows why anyone would need a new diver’s watch in the midst of a global pandemic. 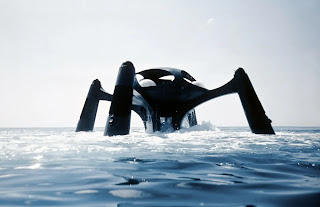 Perhaps because you’ve decide that the best place to sit out a pandemic is in an underwater base like James Bond villain, Stromberg’s submersible lair from The Spy Who Loved Me, and needed a reliable tool watch to keep you company.

Maybe you just needed cheering up or like me it’s a simple case of digital window shopping – just because we can’t buy them all doesn’t mean we don’t enjoy checking them out.

So here are some of 2020s most notable dive watch releases – the fact that I managed to whittle the list down to just 25 is testament to my self-control because I could have quite happily posted the lot again.

Here they are in alphabetical order; let me know what you think?

The recent re-birth of the legendary Aquastar brand and re-issue of their DEEPSTAR diving chronograph was a momentous occasion not only for the dive watch connoisseurs and aficionados of the world but for the industry as whole – but this is only the beginning.

I’m sure the irony is not lost on you; this globetrotter’s diver was released back in March. Last year wasn’t a good year for world travel but if you were looking for something that could keep you apprised of WORLDTIME as well as dive-time, then this is an interesting proposition.

This glowing addition to the Bell & Ross BR03-92 Diver family makes use of different shades of luminescence and boasts a dial that has been fully coated with a paint made of green Superluminova C5 pigments – besides this for me it’s B&R coolest and most desirable diver yet.

This wasn’t Blancpain’s only green edition of 2020; there was the Bathsycaphe MOKARRAN Limited Edition; however it was an LE of just 50 pieces for the US market only. Blanpain say that dozens of steps were required to achieve the perfect color and finish, not to mention the considerable research and development involved in finding the ideal shade.

Christopher Ward C65 Super Compressor boasts reverse-engineered technology used almost half a century ago by case manufacturer Ervin Piquerez SA (EPSA) making it the first genuine super compressor diver’s watch in 50 years. With every meter you descend it, its water-resistance increases thanks to an ingenious mechanism known as a compression spring.

Certina released this rather lovely new variant of their 2018, DS PH200M. The watch is based on a 42.8mm Stainless steel case – which has been beautifully enhanced with a convex rotational diver’s bezel in dark blue ceramic with a gold-accented dive-time scale.

Made in partnership with Aqua Lung, the Sub 300 Carbon was been released in a Limited Series of just 300 timepieces, each powered by COSC-certified caliber. The watch boasts a case made from ultralight, highly corrosion –resistant, black forged carbon itself composed of layers of compressed carbon.

So this is actually a two-for; JLC introduced an exceptional pair of brand-new Polaris diver’s models under the Mariner name; the Polaris Mariner Memovox AKA THE SOUND MAKER™ with its extraordinary mechanical alarm chime and the Polaris Mariner DATE with its instantly-jumping date display. I know which one I’d rather have.

Of all the existing models to adopt bronze, this one makes the most sense or at least lends itself best to the medium. As a Legend Diver, this one is modeled on the OG Legend Diver from 1965. It has the same case design with dual cross-hatched crowns on its right lateral side; in this instance the case is made from solid bronze; which has been very successfully paired with a green dial and matching NATO – perfection! Also see the Rado Capt. Cook BRONZE.

Probably on the most unexpected releases of the year was the Ocean Star Decompression Timer 1961 which faithfully recalls the vintage charms of the Ocean Star Skin Diver Watch, a popular 1960s Mido model that remains to this date, one of the brand’s most sought-after OG wristwatches.

After Decades of absence, Nivada Grenchen returned with a new collection that included a faithful recreation of their iconic Chronomaster Aviator SEA DIVER diving chronograph. In addition to this the newly relaunched NG brand also plans a revival of their Depthmaster PACMAN watch.

Another name from the past is Ollech & Wajs who made their diver’s watch comeback in 2019 with the OW C-1000. This was shortly followed by the release of the beautiful Ocean Graph paying tribute to the OG 1968 Ollech & Wajs Ocean-Graph. Much like a Doxa or the Aquastar Deepstar, the Ocean-Graph is equipped with decompression bezel. Btw also see the NAVICHRON diving chrono.

Determined to establish themselves as the Swiss brand involved in deep sea exploration and ocean conservation, Omega partnered with Nekton, a not-for-profit research foundation committed to protecting the oceans – their lovechild, the Seamaster Diver 300M Nekton Edition. Of all the Seamasters released in 2020 this is the one I’d have.

Continuing their noble crusade to save the oceans, one dive watch at a time, Oris released this very cool new Aquis model, Carysfort Reef Limited Edition the initial release of which was in solid GOLD. The Limited Edition watch has a GMT function and like its gold sibling was also made to celebrate the planting of 30’000 new corals to date in partnership with the Coral Restoration Foundation in Florida.

Panerai didn’t really have any significant Submersible releases this year, 2019 was the Submersible’s big year.

There were a couple of models such as the Goldtech™ OROCARBO and the AZZURRO 42MM but 2020 was all about the Luminor Marina.

This is the 2020 Submariner AKA Submariner ref. 124060. It’s a mere millimeter bigger in diameter than its predecessor, the 114060, but like it, it also has a lovely clean, dateless dial. What else is there to say it’s a Submariner!

This is the Prospex 1968 Diver’s Re-Creation ref. SLA039J1 (JP ref. SBEX011) also part of a TRILOGY. Again, design-wise this is a faithful recreation of the OG model from 1968; however it has also been well and truly brought up to date for 2020.

This is the Prospex 1975 Diver’s Re-Creation ref. SLA041J1 (JP ref. SBDX035) part of a TRILOGY. Design-wise it is a faithful recreation of the OG model from 1975 with all the features and innovations that Seiko brought to diver’s watches in the 1970’s.

TAG Heuer and famous UK customization house, Bamford Watch Department joined forces for the second time to design a special, Limited Edition timepiece, the Aquaracer Bamford LE, the ONLY Aquaracer worthy of our attention and the first TAG Heuer diver since the days of the awesome Super Professional worth getting out of bed for – period!

Credit where credit is due. One of the last family run Swiss watch brands, Titoni have released a new diver with an in-house movement. Not only is the new Seascoper 600 powered by the T10 in-house caliber but it is packed with a ton of high-quality professional diver’s features. It just needed to draw on the brand’s heritage from the 60s and 70s for its design and it would have been perfect.

Tudor released this handsome Navy Blue version of their flagship diver’s model, known as the Black Bay Fifty Eight, a watch for the faithful. The BB Fifty-Eight presented in traditional Navy Blue color codes takes its moniker from the year that Tudor’s first diver’s watch was born; 1958.

Based on the ZRC’s famous GF300 that dates back to the 1960s with its iconic silhouette that puts its crown system in the unusual but not unheard of, 6 o’clock position, the GF3000 has (for the first time in ZRC’s history) a case made from Titanium. It is also water-resistant to a whopping 3000m.

The web’s #1 reference for dive watches. See all the new models as they are released. Be the first to see new and emerging dive watch brands, spy shots and sneak peeks of prototypes and yet to be released dive watch models. Read in depth articles, interviews and reviews. And find a wealth of great dive watch related links.

Santos de Cartier in steel and ADLC – a quick look

VIDEO: King Seiko is back (baby) after almost 50 years and it was definitely worth the wait